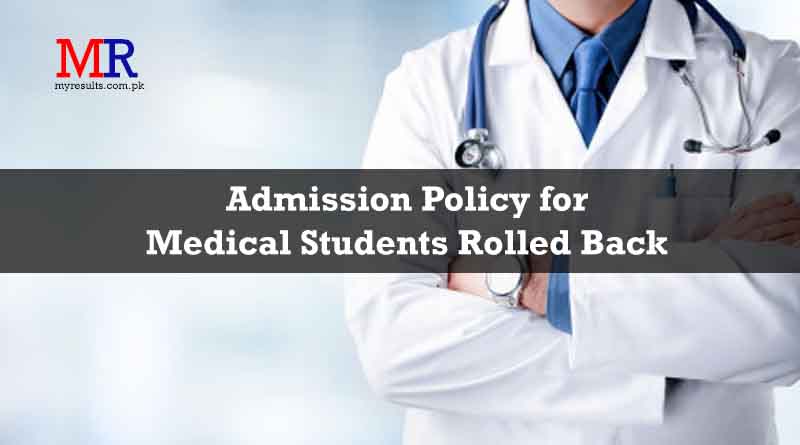 Where the entire globe learns to cope with the pandemic, educational sector of Pakistan has been working on trial and error method. While most of this is being observed in Sindh of late as recently, Sindh government have cancelled their own notification of MDCAT to be conducted by Peoples University of Medical and Health Sciences for Women (PUMHS) for all the medical colleges. This decision was taken in the wake of corona virus as minimum number of institutes will open and one of the experienced institute can conduct exams for all. However, a detailed plan was to be followed for answering various key elements.

Moreover, this notification was issued by Health Ministry rather than the Education Ministry but was later on, endorsed by them as well. The decision faced a lot of criticism by political figures, students and even some of the institutes stating that the competition of medical colleges is fierce and how can one medical college conduct exams for all others. All the MBBS and BDS entrance tests were handed over to PUMHS. Another criticism faced by this notification was that urban students will be unduly favored in this with ignoring a major portion of students coming from rural and interior Sindh. However, the notification has been revoked of now and the admissions policy has also been revoked to its status-quo. All medical and dental colleges are independent for conducting its own entry tests and having their own admissions policy. But what will be its implications and are they really in a position to conduct entrance tests is a question to answer with time.