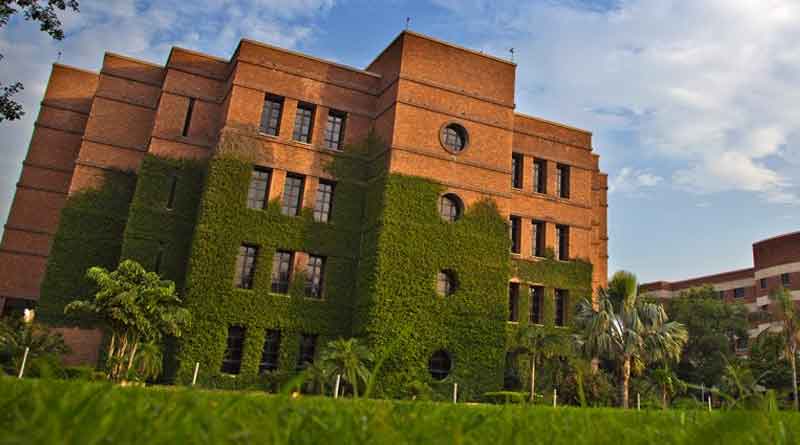 The news recently confirmed from the Office of Admissions of Lahore University of Management Sciences (LUMS) declares that the semester fee has been increased by a huge spike of 41% approximately. The news has shattered the students in a way that it was not shared with the students prior to its announcement. Sources affirm the fact that authorities have manipulated the calculation of credit hours for justifying their increase. The fee increase approximately amounts to Rs. 140,000/- per semester. LUMS follow a policy for charging same fee from students opting for either 12 credit hours or 20 credit hours, which encourages them to opt for 16 credit hours on an average.

The management of LUMS say that as per annual adjustment policy owing to the financial crisis, an increase of only 13% is done, however, the calculation is where the game is played. The fee for 20 credit hours was amounting Rs. 340,200/-. The same amount was divided with 20 for extracting per credit hour cost which amounted Rs. 17,010/-. As per the management of LUMS, with an increase of 13%, the fee shall be equal to Rs. 19,221/- approximately per credit hour and multiplying it with 20 to get the total fee for 20 credit hours should have been Rs. 384,426/-. This makes it an increase of 13% but the new announced fee by LUMS is Rs. 482,000/-.

The ground where these changes are gauged are among the credit hours, rather than dividing it with 20, the management of LUMS has taken the lower limits and divided the semester fee with 12 credit hours. With calculating the fee per credit hours based on 12 as the figure, the new semester fee amounts equal to the one announced by university. With knowing that most of the students have taken up 16 credit hours on an average, the management aims to maximize its profits rather than facilitation of students. A mere of senior students shall be facilitated that have opted for 12 credit hours. The situation is more miserable for the students as it has come on a time of economic recession.

However, LUMS has issued a statement in response to such pressure being exerted on them. It states that calculation policy is too being changed owing to the extraordinary changes made by the government in costs of energy and other supplies. The causes of effecting the fee hike are sudden increase in inflation and currency devaluation. The increase of 13% in 2020 was already determined in 2019 as per the official statement of university. In addition to that, the university said they are a not for profit university and strictly prohibits any gifts, subsidizes or donations from anyone except the registered donors, therefore, it has to manage its budget on their own and for this purpose the fees are increased.