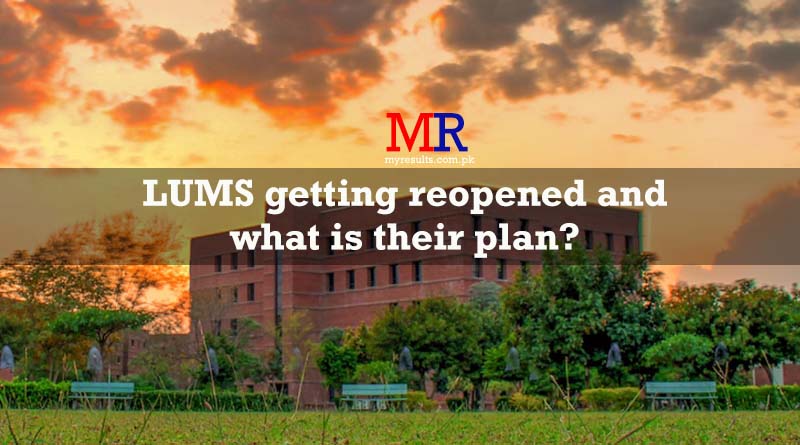 A Health and Safety Committee was established by LUMS in June 2020 which was aimed at searching opportunities for opening up the campus during pandemic. At that time, covid-19 had reached its height in the country with death going past three figures on daily basis and thousands of new entrants into effected list. Some of the notable professionals were involved in the process including Dr. Samia Altaf, who was heading the committee and now has joined LUMS in permanent capacity as Director of Campus Health and Safety. Some other notable members are also in the process of joining LUMS so that campus safety can be made exemplary as and when the campus opens up.

The committee has also discussed their working with the authorities of DHA and shared safety plans with local hospitals and graveyards. In general, the approach was appreciated by various stakeholders. One of the members from Government of Punjab’s lockdown strategy has also been brought on board. Dr. Shaper Mirza has joined as Associate Professor at School of Science and Engineering in LUMS. The management is of the view that covid-19 cases will remerge when the population gathers and meets each other as it is observed in less effected or infection free countries. The countries where infection has been very minimal or zero, cases have start emerging on the scene as soon as the economy has opened up including Japan, South Korea, Australia, New Zealand, Greece, France, Germany and Spain.

Possibility of a raise in cases can be predicted as universities are places of mass gathering as said by Director of LUMS. The same trend has been witnessed in United States, where some of the universities had to close down their operations after few days of opening up. In general, LUMS is trying to act positively by implementing all SOPs so that positive cases can be avoided. More importantly, management of LUMS is aware of the fact that virus is here to stay and entire population has to live with it for at least a year or two. In response to that, LUMS is planning a phase wise start starting from 15th September, 2020.