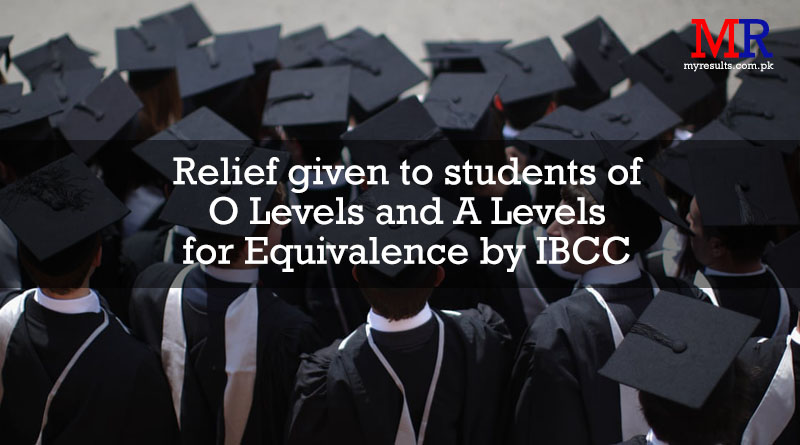 One of the education system which is studied in private schools of Pakistan is Cambridge stream in which students qualify for O Levels and A Levels rather than Matriculation and Intermediate. At the time of applying into Pakistani institutes, they need to get an equivalence certificate from Inter Board Committee of Chairmen (IBCC). The committee had been deducting 15% marks of all such students as a permanent rule, however, the rule has been suspended for the time being in order to give relief to Pakistani students studying in various institutes across the country.

The students had already faced trouble in the Cambridge exams of 2020, therefore, in order to safeguard their marks; this decision has been taken by IBCC. In the previous week, Cambridge Assessment International Education (CAIE) announced the cancellation of all Cambridge exams which were scheduled in the month of May and June. Later on, same institute passed a decision that students will be awarded marks on a 4 step process using evidence provided by schools.

After the announcement of such relief decision for the students of O Levels and A Levels, IBCC has asked all international examination conducting bodies to furnish the results of all Pakistani students for last 3 years. The decision has been communicated to CAIE, American System of Education (ASE) and International Baccalaureate (IB). This is being done to ensure transparency while awarding the marks, while IBCC said that this decision has been taken only for the exams of June, 2020.