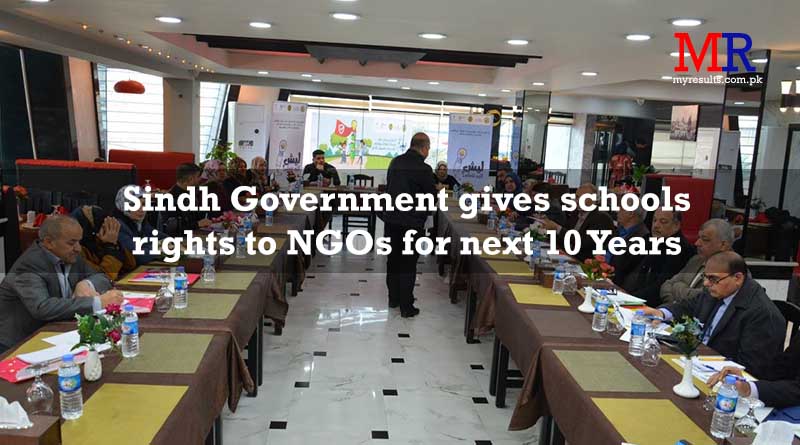 Sindh’s provincial government has signed an agreement with various NGOs including Charter for Compassion (CFC) and Health and Nutrition Development Society (HANDS). These agreements are done for enhancing educational facilities of the public schools. The educational ministry of Sindh has highlighted 71 schools which will be handed over to these NGOs for a period of next ten years. These schools shall be transformed by those NGOs based on private schools’ model as far as educational standards are concerned. By keeping in check the performance, other schools will be remodeled and could be further handed over to these NGOs.

71 schools which will be handed over are from four districts of Sindh including Karachi, Larkana, Dadu and Qamber Shahdadkot. Out of these 71 schools, 25 of the schools are the newly constructed USAID schools. This project will also be funded from Government of Sindh and USAID with major share to be added from USAID amounting $159 Million. Basic aim of this project is to improve the educational standard with increasing student intake and bringing girls back into schools. Moreover, NGOs are also directed to bring reforms in education and work on developing schools, increasing community mobilization and establishing public-private partnerships.